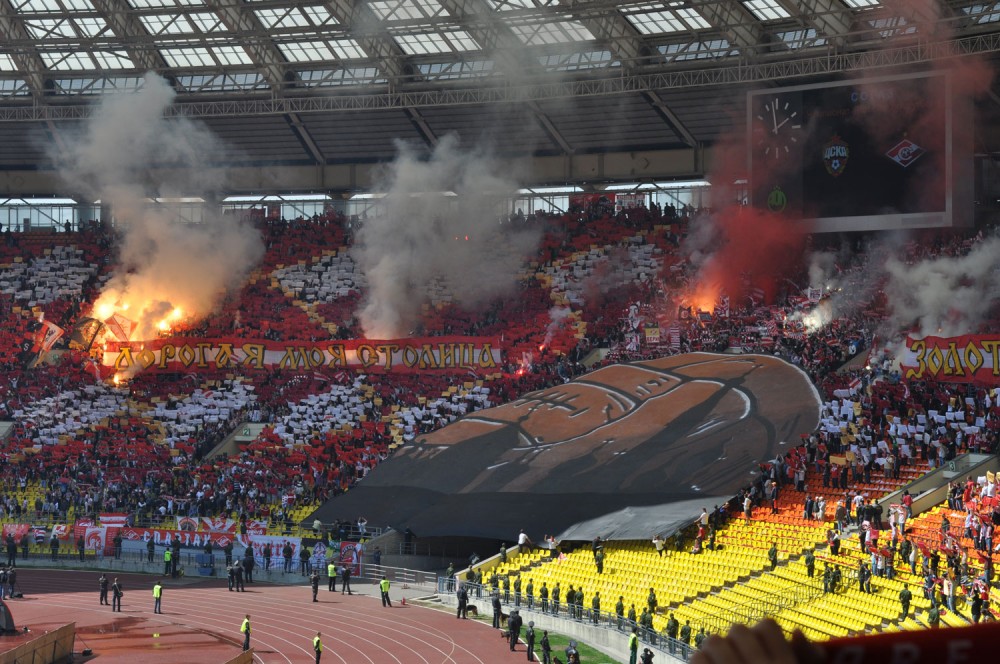 Saturday was soccer day. We all went with the subway to the stadium, together with hundreds and hundreds of other fans. The two teams, CSKA Moscow and Spartak Moscow, are archrivals and therefore the game was controlled by lots of police, security guards and dogs. It was very fascinating watching the fans in the metro before the game and throughout the whole game where a big TIFO show was one of the highlights. The game ended 1-0 in favor of Spartak Moscow. 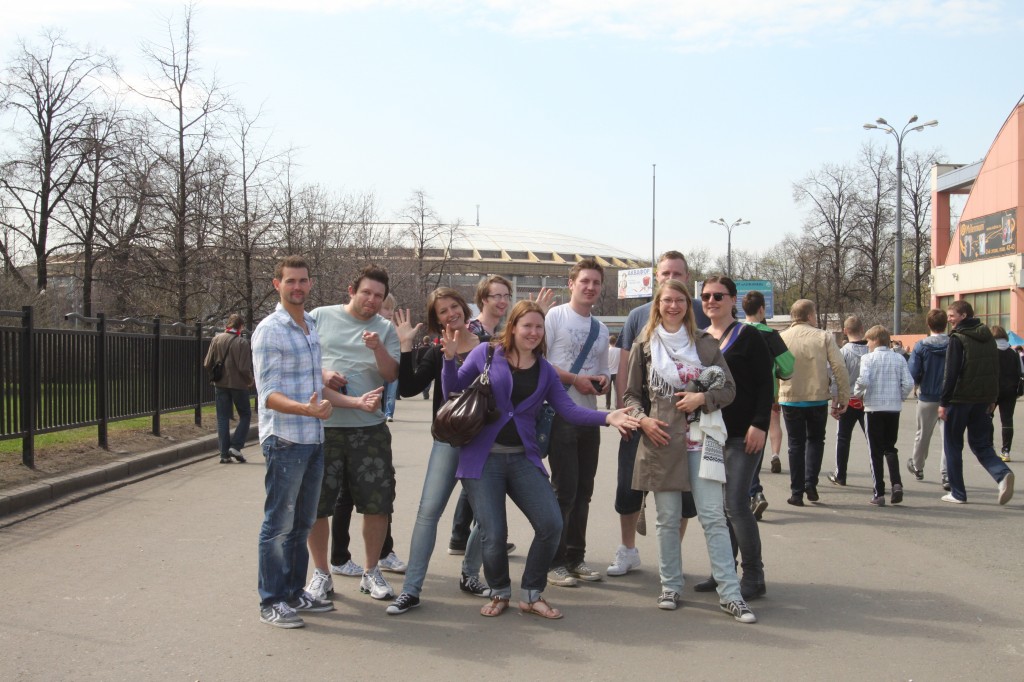 On our way to the game

After the game we went to Alexander Garden to see the guards change in front of the eternal flame, which is located at the Kremlin Wall. The flame is a monument from the Second World War and is a symbol of immortality. Russian newlyweds traditionally lay flowers on war memorials as a way of thanking dead soldiers for affording the opportunity to marry. 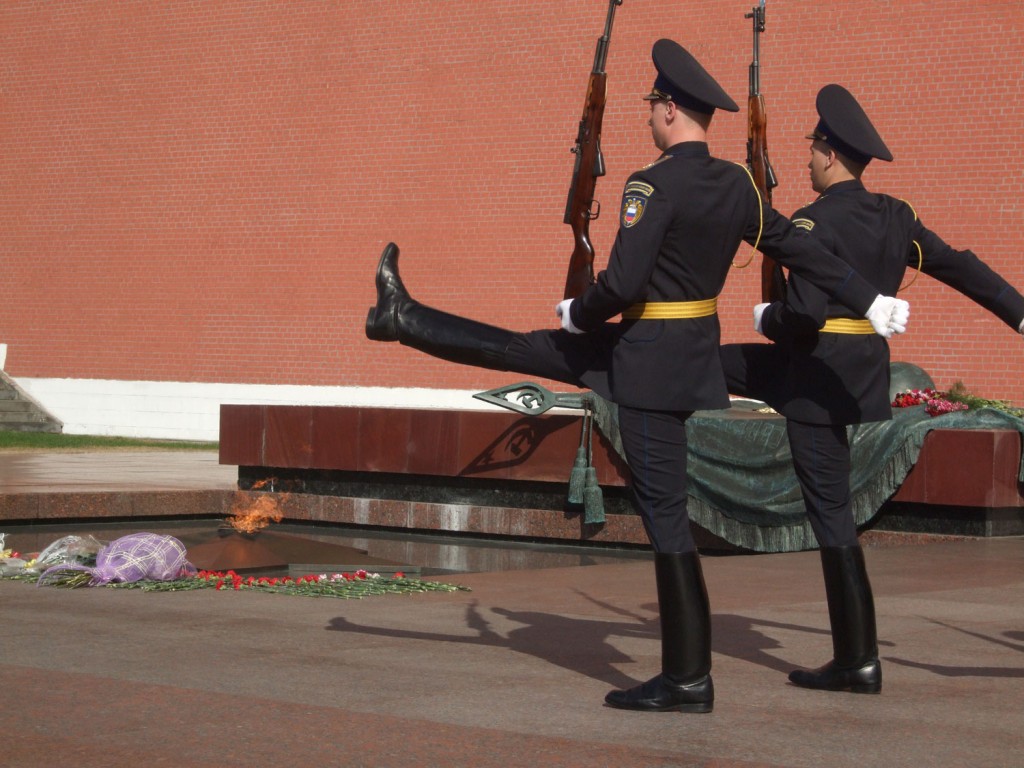 The characteristic walk of Russian soldiers guarding the eternal flame

Afterwards some went shopping in a big underground shopping center near the Red Square while others went home and others did more sightseeing.
In the evening we went to a very extraordinary restaurant called Turandot. It was very beautiful and the staff was dressed in old fashion Russian clothes and the whole restaurant was beautifully decorated with golden patterns and even the bathroom was a sight as it had blue decorations inside the bowl! It was quite a menu and some of us even tried out the famous Fiji water. The meals were served with quite the glamour and we felt like royals! It was quite the experience for all of us. 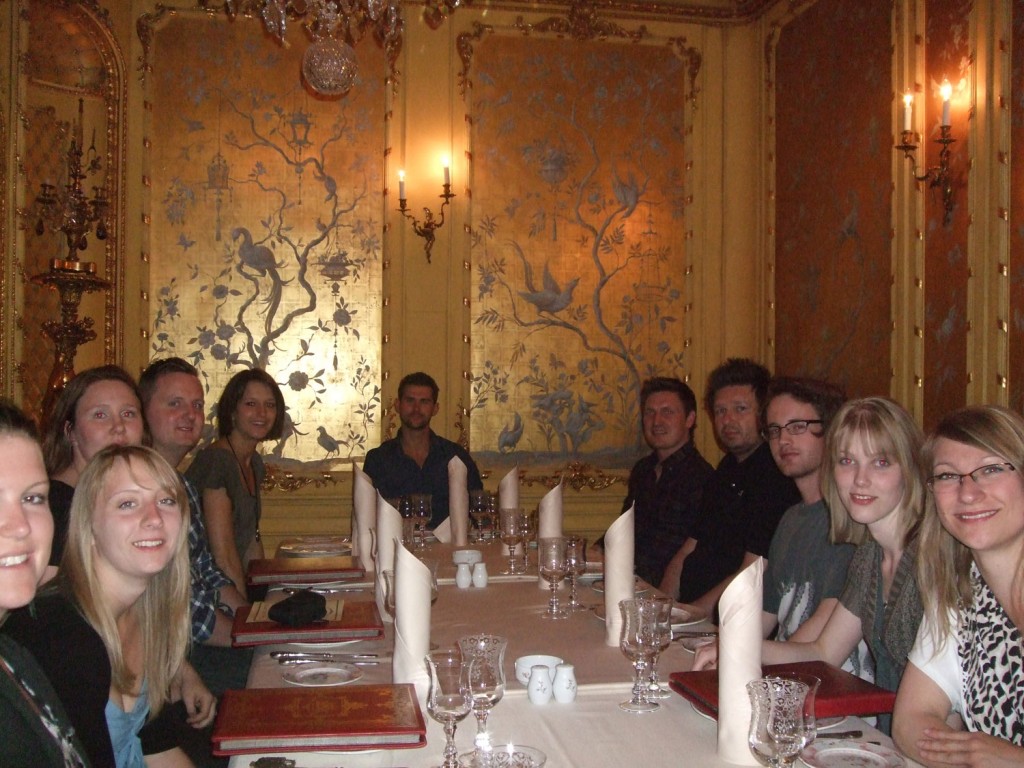 Afterwards we went to a popular nightclub called Propaganda, where we met with some of the students from Logistic and Supply Chain Management, who were also spending their study trip in Moscow.

This delivery method was called deliberate practice in the article rather than https://order-essay-online.net a flipped classroom, but the similarities are striking