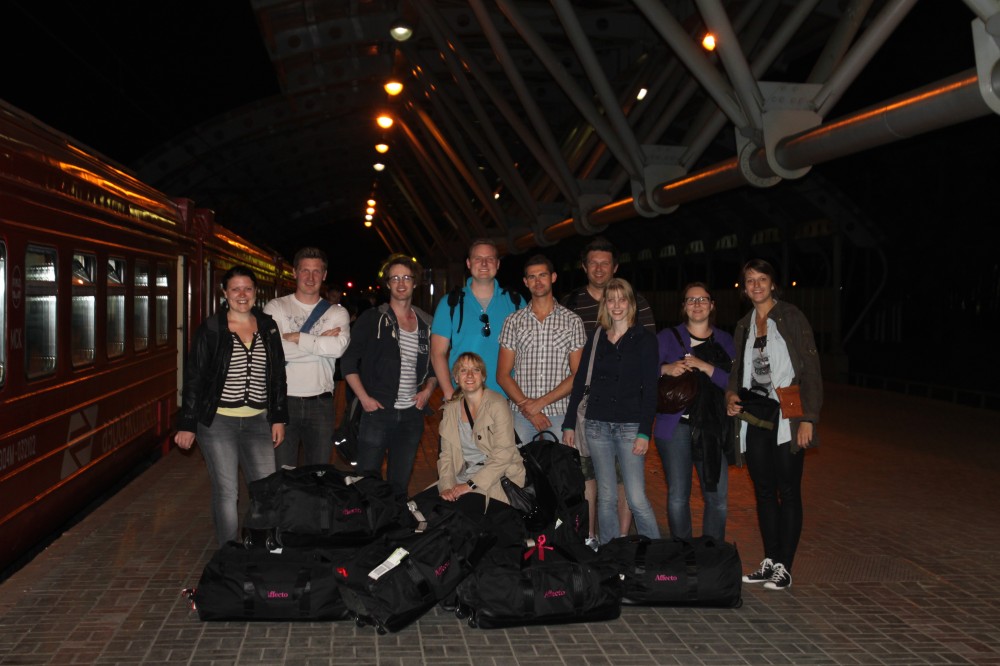 After more than 14 hours of traveling 11 boys and girls arrived in Moscow late at night. After having gotten our luggage, which was sponsored by the company Affecto, we were in a hurry to catch the last train that could take us to the center of Moscow. This was where we met our first challenge in getting around in Rus- sia. All signs and information are written in Russian and only a very few speak English – also in the airport! So it took some time to locate the right train. Luckily we met a guy in the train who was willing to take us to our hostel. So after one hour of train and walking through the streets of Moscow, we arrived at the hostel late at night. And here we got our next chock. It was nothing like what we had expected! We were let in the back entrance through a big gate, and then let up a small staircase and through a lot of halls with pealed wallpaper and squeaky floors. But luckily the rooms were actually quite nice and we quickly fell asleep in our bunk beds.