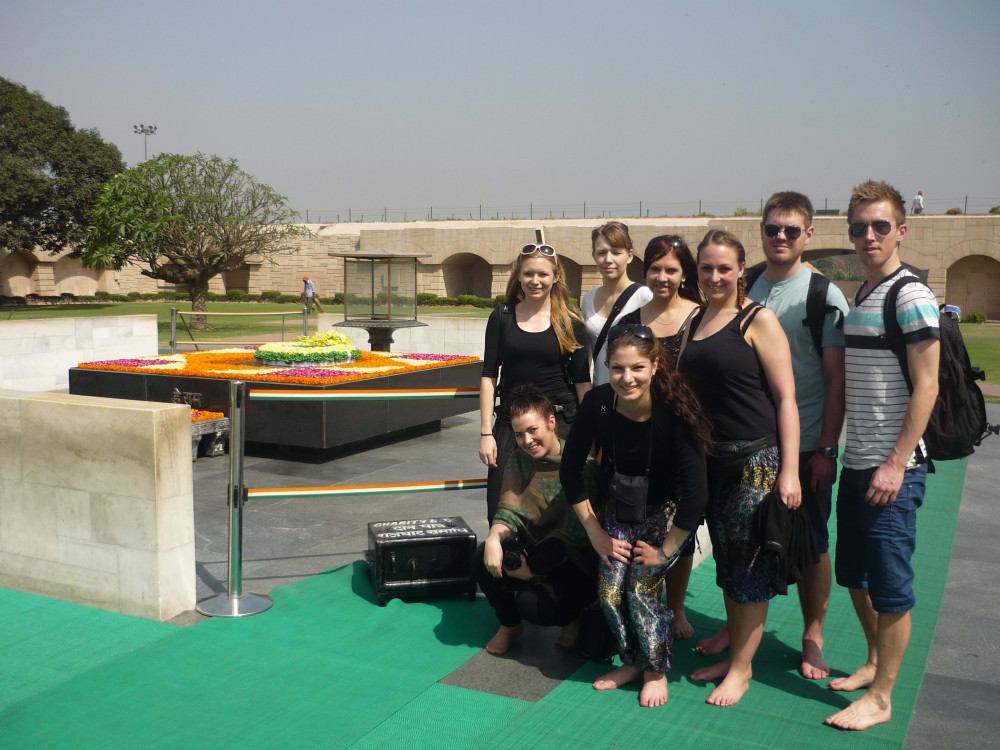 The only whole day we had in Delhi was spent on a guided tour around the city, where we got to see four popular sights. The first sight on the guided tour was Jama Masjid, which is the largest Mosque in India. After the mosque, we went to see the Rajghat, where the mortal remains of Mahatma Ghandhi were cremated. The next stop on the tour was India Gate, which is a memorial for the Indian soldiers, who were lost under World War I. (Around India Gate there is a chain and it is said if you touch the chain three times , you will get shoot n the leg, but no one tried this :)).. The last stop was at the Lotus Temple, where we got five minutes of well-deserved peace from the constant noise.

After the guided tour, we went sightseeing ourselves and wanted to experience Delhi the real way. This can only be done from the back of a cycle rickshaw. The trip with the cycle rickshaw got a lot shorter than expected, due to the heavy traffic in Delhi, so we went by foot to the Red Fort in Delhi, which is a duplicate of the Red Fort in Agra.